In today’s environment, participants in the venture capital and startup ecosystem are becoming more focused on capital efficiency, revenue, valuations, and what the true purpose of investing in innovation is.

Fortunately, we’ve been thinking, discussing, and writing about this since the beginning of our journey and have decided to publish a retrospective on select pieces we wrote going back to 2013. We hope you enjoy reading these thought pieces as much as we enjoyed writing them.

This piece was written by Isaac Shi on February 7, 2013

America’s founding fathers created one of the most vibrant and enduring institutions the world has ever seen — The United States. America’s success story looks inevitable only through the rear view mirror; the journey to found this great institution and hold it together was anything but.

What Founders Can Learn from Articles of Confederation and Perpetual Union

A piece of forgotten American history can serve as a useful lesson for today’s startup founders: Before the Congress adopted the Constitution of The United States in 1787, they adopted an earlier version of the constitution in 1776: the Articles of Confederation and Perpetual Union — and it was a failure.

Having suffered from the tyranny of the British Crown, the colonists were afraid of central government control and went too far the other way; they created a loose and powerless Congress through the Articles of Confederation. Under “Constitution 1.0”, the federal government had no power to levy tax and no power to regulate interstate commerce, leaving no money to pay the revolutionary veterans. Nearly 400 soldiers participated in what is called “the Pennsylvania Mutiny of 1783”, which forced the US Congress to leave Philadelphia temporarily. Can you imagine a military Coup d’état on American soil driving the Congress out of Capitol Hill today?!

In response to these challenges, the American founding fathers had the courage and tenacity to refine the Governing Model because they would not give up the pursuit of a perfect union. They revised their governing model and made a more robust federal government through the creation of the “Constitution 2.0”: the now revered Constitution of The United States. But, the work was not done; fearing too much federal power was bestowed by the new Constitution, James Madison penned the first 10 amendments to safeguard individual liberty and state rights. And the framers did not stop until they got the right balance between federal power and individual/state rights.

Have the Courage to Pivot

Those bold pivots by the founding fathers and subsequent amendments by future generations ensured the vitality of the Constitution and strengthened the young nation. Those changes did not come easily: they were made through passionate debates, peaceful petitions, and even outright civil war. Over the course of more than 200 years, the enshrined document endured and the country thrived.

The struggles that every generation has engaged in actually forged the American character rather than weakened it. The true genius of this country is that we the people have the courage to correct mistakes, chart new courses, and through faith and hard work, create a more perfect union. This American saga continues today…

Founders Must Have Vision, Courage, and Flexibility

Company founders today have plenty to learn from the founding fathers of yesterday. We need the same vision to create something exceptional from nothing, but we also need the courage to revise our plans if they fail. After learning what is working and what is not, start to pivot toward a better business model, product, and go-to-market messaging. Like the founding fathers, the ability of a company’s founding team to recognize issues and reinvent smartly and swiftly is the “secret salsa” for a successful startup and an enduring business.

The birth of a business is like the birth of America; it’s heroic, chaotic and full of uncertainties; therefore, the secret to creating a lasting company is not to expect you’ve got a perfect business plan and assume everything will go accordingly, but to be prepared to confront unexpected challenges and retool strategies along the way. In fact, like this country’s framers, with courage and tenacity, the struggle to chart a new course will likely forge the character of a great company. 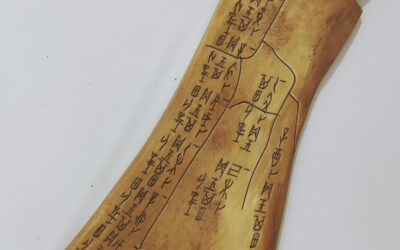 We live in a world of constant changes This piece was originally written by Isaac Shi on January 15, 2013 More than 3000 years ago near...

END_OF_DOCUMENT_TOKEN_TO_BE_REPLACED 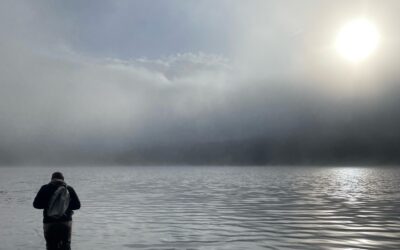 How Much is Enough?

The silent plodding of human ambition is a constant. Some call it greed or avarice. Some hail it as the wind in the sails of capitalism....

END_OF_DOCUMENT_TOKEN_TO_BE_REPLACED

Why Founders Should Consider Venture Debt

Venture debt is a valuable tool that founders can use to grow their companies, and with more flexibility in repayment terms than...